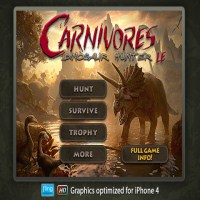 The California Condors is not just the name for the largest North American land bird, but also the equivalent of a 3 piece West Coast crew that plays some infectious contemporary indie rock along with a slight 60s/70s touch.

These Orange County natives count The Beatles, Willie Nelson and Neil Young among their influences. Indeed their distinctive sound echoes with this influence.

The album is a first for the crew but they’ve been garnering impressive reviews so far. Their sound has been described by Brandon Ferguson from the OC Weekly as containing “…genius songwriting…smooth voice(s) and excellent guitar work.” When you listen to the band, it’s not hard to see what would prompt this adulation.

Opening single and title track, Calm Carnivore, exudes with a 60s/70s rock and roll vibe. The facial hair these guys sport aren’t just for show. Their sound makes me think that I’m listening to a hippie rock band from the years past. The melodic vocals and signature guitars play a big role as well.

Meanwhile, Leave No Mark, is a melodic track that’s accompanied by sweet guitars and that Beatle-esque vibe. Growing Weed, is a quirky little track featuring lyrics like “I wanna grow like a weed and ruin your garden…strangle all your flowers pretending I’m their friend. Stealing all their sunshine, I will see them wilt until the very end.”

Overall, Calm Carnivore is a very good record. It might not be everyone’s taste but it certainly was mine. The album caters to those who have a soft spot for folk and classic rock. If you’re into this, then you’ll definitely find a nice treat in this record. Give it a download.