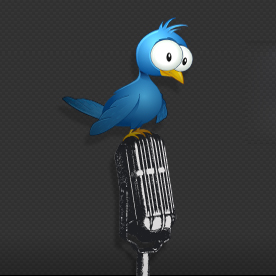 There are multiple Twitter clients that have flooded the entire App Store, Android Market, Blackberry App World and so on. With a plethora of options already available, Twitter users get confused which app to download and use. Well, Tweetcaster eliminates that confusion to a great degree with the slick offerings it has up its sleeve.

The app was created by OneLouder Apps, trusted and a popular developer on the App Store who has made social networking its forte with the quality of apps it has to offer. Though the number of downloads on the Tweetcaster really speaks volume about the app.

First thing that makes Tweetcaster a personal favorite would be its availability over multiple smartphone platforms. So, Tweetcaster’s presence is found on Blackberry, Symbian, Windows Phone, Bada, iOS and Android. Making this a very accessible app for users with different variations of smartphones.

Coming to the User-Interface of the app, it is slick to say the least. Very well planned with no unnecessary clutter on the screen, straight-forward with an intuitive approach is the principle followed here. My personal favorite feature within the app are the smartLists, under which, users can easily segregate the Twitter stream by grouping people into lists without a hassle (Restricted to phones only).

Moreover, users have the full-fledged ability to add filters, effects, and captions to photo attachments right from the app itself. Lazy bones also get a welcoming feature by which instead of typing the tweet, they can simply dictate the tweet in their voice.

The app also provides the option to post on Facebook through the app. The app has loads of other features to offer and is one of the best Twitter clients I use myself. There are alternatives to TweetCaster, such as TweetDeck, but TweetCaster adds a lot of more functionality making it a preferred choice for Tweeps.