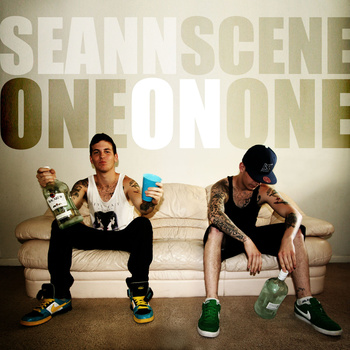 Seann Scene: One on One

There’s a new kid on the hip hop block and it looks like he’s ready to fly high.

Born and raised in Jacksonville, Florida, Sean Lovins a.k.a Seann Scene is not your ordinary boy next door musician. He began rapping at the age of thirteen with different styles ranging from underground, east coast, and pop rap. After his three and a half years in the army, he returns to Florida to follow his dreams in the hip hop world. One of his sweet creations include One on One, a collection of seven tracks that will shift your mind in fifth gear.

Splashing a bit of experimentation, Daylight offers a brilliant combination of playful piano keys and rap music. Get My Name, on the other hand, stands on the periphery of traditional hip hop.

Came to Say Hello makes use of Dragonette’s hit song. The song’s up-and-positive atmosphere is blended with steady rap verses.

Nothing Like You closes up with an intro of fluttering piano keys that slowly builds up to edgy hip hop rhythms. I personally like how the piano tunes makes the whole track more accessible.

In One on One, Seann has made his own mark by bravely experimenting on contrasting instruments. With this kind of talent, the stage is already waiting for the young artist. But the album is not the only one under Scene’s belt – more recently he released another great treat Wrecker Records so be sure to give it a nice long listen!