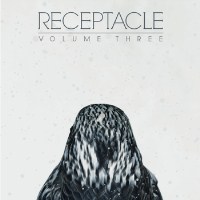 Receptacle Magazine is a quarterly digital magazine that focuses on anything about the arts. Founded back in 2010, the magazine interviews artists, shares music from various exciting bands and overall, just showcases their love for art.

Receptacle Magazine Vol#3 is the accompanying mix for their third issue. Consisting of 10 tracks from different artists that play music ranging from eclectic folk, indie & new wave to rock.

Some of the bands and artists featured in the record include Boris Smile, Doctor KA, The House, Spazzkid among others.

The record opens with an 80s sounding track from Boris Smile, titled The Moment. Unfortunately the group already disbanded but there’s no doubt they have one of the best tracks in the compilation. The band was essentially a collective, featuring a revolving door of musicians that contributed to their beautiful indie pop sound.

Meanwhile, another retro sounding cut is Fool Believer from Spazzkid. Starting with a discotheque vibe, the song sounds as if it belongs to Studio 54 and the good old days of disco. Spazzkid, by the way, is Mark Redito; an LA based artist that takes influences “from punk, pop and even video game music” to create his sonic masterpieces.

One acoustic pop single included in the record is from Longbeach band, Lightmusic. Memories of Anna is a midtempo rock song with a lovely British dark side. Other cuts worth checking out include the summer pop ensemble from The Shade, titled Paper Machine as well as the absolutely stripped down single from The House.

Overall, the album is a great source of new bands and musicians to love. It’s equal parts coherent, diverse and intriguing. Grab the download and also check out Receptacle Magazine’s latest issue as well. It should be a good read.