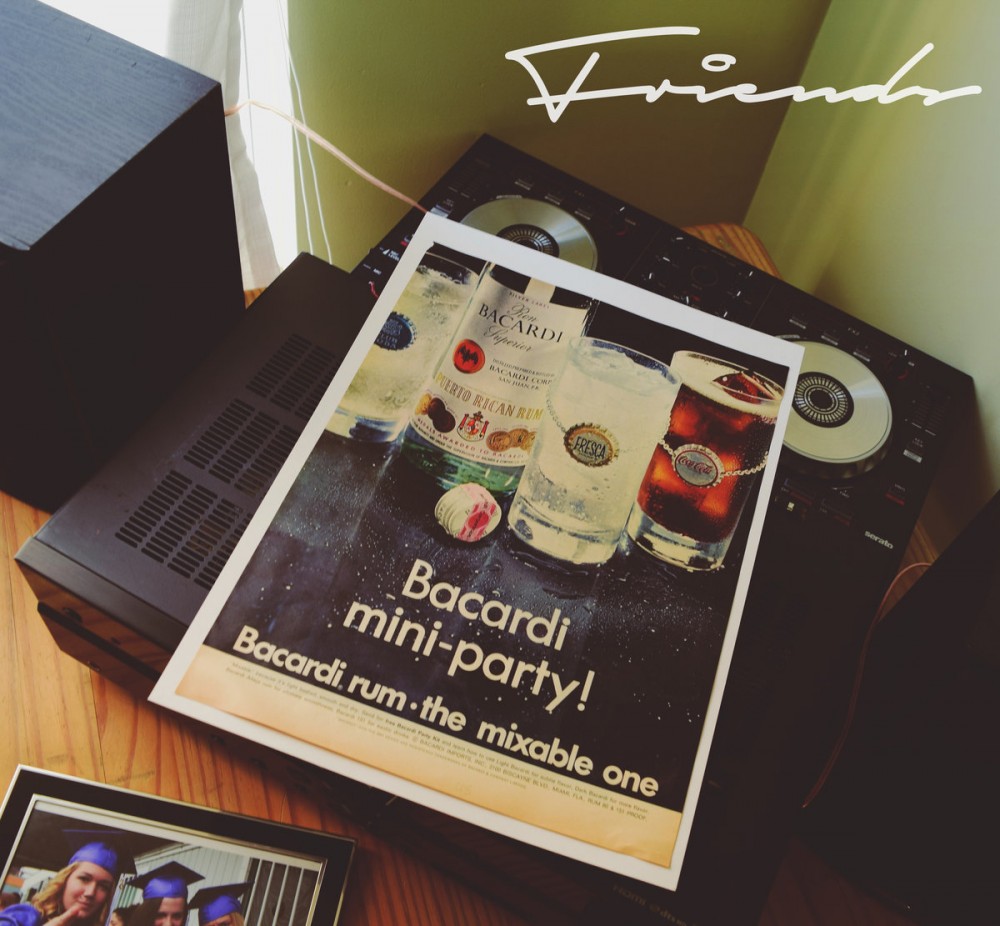 It took Boston-Based producer Celin Carlo-Gonzalez a couple months of hunting for Jazz and Hip-Hop samples as well as chopping and looping those samples in FL Studio before Friends by Seneca B started forming into a 15 track LP full of tight grooves and meaningful messages. As a concept album, Friends can be thought of as a description of different types of relationships Celin has held with certain friends. It can also be considered chronologically as an outline of her general relationship with those friends over a period of time.

After listening and digesting the LP a few times, the listener can feel the album going in a certain direction, then hitting a turning point near the title track and heading in a different direction. Being a history major herself, Celin invites us through this period of history in her life by means of these beats.

Opening up with a smooth, low-pass filtered keyboard sample, Get Down starts of this story, setting up the relationship and feel for the album. Seneca soon brings in the layers, dropping drums loops, then jazz samples, then vocal cuts to build a Hip-Hop bump.

Although Celin grew up listening to a range of music from east coast Hip-Hop to Post Hardcore, when she started sampling she focused more towards Jazz and Soul. She does it so well you would think she was listening to Bill Evans in the womb. Since the release of Friends last August, Seneca B has joined the DUSTERA collective. She has started to branch out to other genres of Electronic music including Future and was also recently featured in Just Good Music‘s 30k Compilation in January, giving her an even stronger following.

Seneca B is quickly on the rise, and Friends is a great showcase of her skills. Be sure to download the LP from her Bandcamp and follow her on Soundcloud.