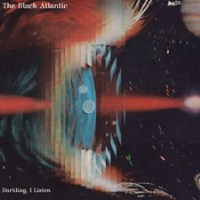 The Black Atlantic: Darkling, I Listen

The Black Atlantic is no stranger to the pages of the Frostclick blog, their previous record, Reverence for Fallen Trees, was featured here before.

Whether it’s a tongue-in-cheek name drop or not, if you listened to Darkling, I Listen it’s hard to find these influences. They don’t seem to need it though since the group is fully capable of mesmerizing their audience with their subdued indie folk ensembles.

The EP is short, with only 5 tracks available for download but it definitely provides a quiet, at times, haunting charm that makes it entertaining and fascinating.

In contrast to their first album, you can tell that this one is marking a slow departure from the somewhat light acoustic sound they had. With opening single, The Aftermath (After This Event) showcasing a slow, somber vibe that’s equivalent to the beauty of a dog howling at the full moon. The track is brooding but with substance and reflection. Second song, The Flooded Road (Built on Sand) is a slow, heartfelt single that bears expressive vocals and an indie R.E.M-esque mood to it.

The rest of the cuts maintain the same overall storyline of a protagonist struggling to understand his emotional/psychological state. Each of the tracks are coherent while still retaining a unique touch on their own. You’ll capture hints of pop and folk with the occasional, darker touch. It’s an album that explores and seeks to capture the running thought of the main character.

Ever since the band released their debut record, they have gone on various tours promoting their sound and have gained a sizable audience. Their music is released as a free download under awesome netlabel, Beep! Beep! Back the Truck Up!

You can stream the record or make it a part of your playlist by hitting the download button above. It’s a lovely compilation that’s worth checking out.