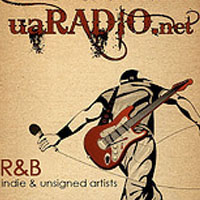 This album is a compilation of tracks from new, unsigned & independent artists featured at UARADIO.NET. It’s also the first (and it looks like one of many to come in different genres) legally distributed over P2P network under Creative Commons license. This compilation has 4 new, unreleased and never before heard tracks from Corey Clark, an American Idol finalist who got some major media attention back in 2003. You can also listen to some great tunes from Dramatiq, Carmen Liana, Alexander Darryl, KDENCE & Fredrick Dare.

Here is more about some of the artists:

“Singing hits me in the face like an electric current. To able to give that back to people is an amazing feeling.” Every so often, a new artist will come along whose unique blend of voice and melody makes people sit up and take notice.

Corey is R&B singer with a long turbulent music career. He performed and recorded with some of the biggest in the industry and got in to the finals of the second season American Idol.

Jason Brown and Richard Webb form this dynamic unsigned band. These rockers from Atlanta fuse dirty south rap with a rock/alternative vibe. Their first album is entitled “Residue of Desire” and is definitely worth checking out on their MySpace.

The singer, song writer Frederick Dare Brockington has been gracing stages since he took naps in his Kindergarten class, but this singing sensation is no milk and cookies. Listening to the sounds of this finely tuned and well trained vocalist will leave your musical hunger satisfied.

UARADIO.NET is an internet radio station that streams music by independent artists and unsigned bands. Their station reaches audiences all over the globe and is a great way to find new independent music.