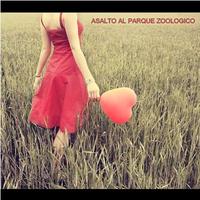 The songs are interesting on their own but when coupled with sweet feminine vocals and a cool beat; you have a great bunch of tracks worth checking out.

This Argentinian band first hit the waves back in 2008 and since then have easily climbed onto the music  ladder in their native country. This 5 track EP was a result of recording, mixing, editing and performing for over a year.

Armed with a unique sound, Asalto Al Parque Zoologico or Assault Zoological Park is dressed to impress. The group manages to create a lovely mix of noise, pop, rock, alternative and shoegaze in one great debut. Just by listening to the first few songs, you can tell that the guys have taken a lot of hint from influences like My Bloody Valentine, Slowdrive, Lush and the Telescopes.

Right from the first track, Slow Motion, listeners already know what they’re in for. The song is a beautiful fusion of sound and noise, with reverbs and delays hijacking your senses at every turn. It’s one of those songs that become special if the listener is fully in tune and appreciates unusual sounds. Meanwhile, as if to compensate for the onslaught, the band switches into an indie pop alternative dance number, Le Denier Jour. One of my personal favorites in the record, this lovely track has a nice uptempo beat with just enough of a trippy alternative vibe. The rest of the tracks on this EP are equally impressive.

It’s hard not to like this band even if you aren’t really a fan of shoegaze, noise indie pop. One of those compilations that grow on you after you listen to it once or twice.