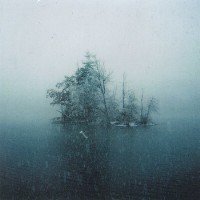 Wood Spider: In The Thick of It

After making an appearance on the Frostclick blog for their 2011 release, Tending Fires; the raucous lo-fi indie band, Wood Spider is back with In The Thick of It.

The 6-track compilation reeks of diy folk punk aesthetics with a touch of the gypsy sound that has characterized much of the band’s sound. It’s this utter weirdness that makes this compilation a great one to check out.

Filled with odd singing/rambling, acoustic guitars and various bits and bobs, the record is for those who can appreciate the unusual or maybe those who have a penchant for dancing around a bonfire during camping nights.

In The Thick Of It,  serves as a nice follow-up compilation to the acoustic centered, Tending Fires. The record is a tad bit louder in comparison but nevertheless brings in that same oddball charisma that has made the band likable, if not purely interesting.

Starting with Adverse Effects, the single is a drunken punk love song in parts. Filled with angsty singing and sporadic guitars, the track captures the essence of the band. Meanwhile,  Lonesome Shore, adds a gypsy-like mood to the record. Complete with a trembling voice, fun banjo’s and an eerie vibe.

Pen Pals, finishes the quirky record with a fast paced chanting acoustic number. The band sounds like they are drunk as hell while armed with guitars and various instruments, singing at the top of their lungs. It’s different but captures the spirit of the album perfectly.

In The Thick of It, makes for a good listen especially if you’re feeling a little experimental in your musical taste. This one’s available at a name-your-price digital download. You can also grab the Cassette edition if you like.