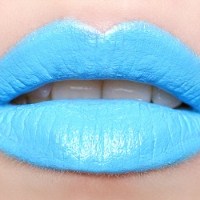 Evan Uhlmann has a knack for creating fun pop songs, complete with cheeky lyrics and a catchy melody. It’s the type of songs you won’t mind playing even if you aren’t big on pop music at all.

Born in Chicago, Uhlmann now calls New York City his home. While studying in Wales, he was under the tutelage of Ray Davies, among the founding members of the British band, The Kinks.

Just last year in September, he released his first debut record and called it, Blue Lipstick. Combining pop with acoustic indie rock guitar work, the record contains songs that are playful and with good composition.

Uhlmann can easily go from cheeky pop to Bob Dylan-esque acoustic numbers in an instant. There’s no denying that he has versatility which helps add to the album’s obvious charm.

Blue Lipstick opens with a decidedly Beatles-sounding, Here I Come. The song is fast and rushes on through with an upbeat retro sound that allows it to pass as a vintage vinyl track from a long forgotten pop band. On the other hand, the title track chronicles someone who has to wear a sort of mask and a “blue lipstick” in order to please people. It’s a bit serious underneath it all but the song is sung in a lighthearted vibe making you want to smile and laugh as you hum along.

Other tracks worth noting include Strawberry Wine, Melanie and Unfaithful Bird. Although really, it’s easy to enjoy all of the tracks on this album. It’s a feel-good compilation that serves as great company whether played on your iPod, car or home system.

Evan Uhlmann is a musician worth checking out if you come across his gigs in the NYC area. He’s been making the rounds in local clubs such as “Mercury Lounge” and “The Bowery Poetry Club” to name a few. For the meantime, you can also grab this album download over at BandCamp.